Some events are subject to change. Please consult the Society’s Website (www.franklinnhhistoricalsociety.org) for the most up-to-date information

Thursday, April 4th:“Amazing Recent Acquisitions” with John Benham. Many of the donations came from John, who will be explaining about a pump from Clark & Haynes and commenting on photos his wife Dot collected. 7pm at the Society’s building, 21 Holy Cross Rd., Webster Place

July: NO MONTHLY MEETING.Members are encouraged to visit historic sites in NH

Thursday, August 1st: Any member who traveled to a NH historic site will be discussing their adventure.

Thursday, September 5th:“The Cog RW and the Franklin Connection”. Presented by Leigh Webb, president, from photos and archival material, plus the video “Railway to the Moon”. 7 pm at the Webster/Tay

Thursday, October 3rd:  “A Tribute to Andy Nadeau” A video tour of the Franklin Firefighters’ Museum

Thursday, Nov. 7th:  “Films of Red Young” from the 1930’s, featuring snippets of the Smythe Family golfing at Mojalaki and on the Cog Railway 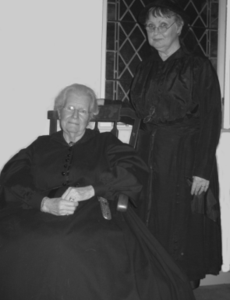 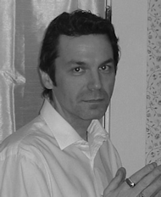 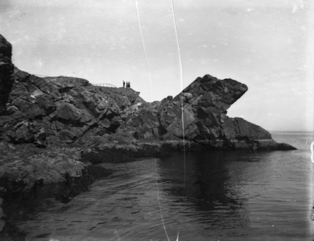 ​​​2011 Meeting & Events
Sunday, December 4, 2011 - 4 pm - Thompson Hall
Holiday Season Dinner
As we have for so many years, Franklin Historical Society Members and Friends gathered at Thompson Hall in West Franklin to enjoy a Pot-Luck Holiday Season Dinner.
Everyone attending was asked to bring non-perishable food stuffs to be donated to the local food pantry, so that the spirit of the season be extended beyond the activities of the evening.

Thursday, November 3, 2011 - 7 pm - Webster/Tay House
The Victorians: A Morbid Case for Mourning
Even though Halloween had just ended, the effect of the holiday lingered,
and in that spirit, theFranklin Historical Society presented for its
November program The Victorians: A Morbid Case for Mourning.
Linda Salatiello and Evelyn Auger from the Sanbornton Historical
Society appeared in Victorian dress to examine and explain the often
elaborate and macabre customs and rituals surrounding death during
most of the 19th century. They discussed everything you ever wanted
to know about the significance of mourning dress (made so popular
by Queen Victoria during her prolonged grief over her beloved Albert),
prints, jewelry, correspondence and burial practices in the Victorian era.
This lively and informative presentation shed light on the dark and
​sometimes avoided subject of death.

Thursday, October 6, 2011 - 7 pm - Webster/Tay House
General Meeting
Society members learned about what we're doing to scan and catalog our enormous collection of old photos, slides, and both film and glass negatives. We also discussed upcoming activities during the business portion of the meeting.

Thursday, September 1, 2011 - 7 pm - Webster/Tay House
Living at the NH Orphan's Home
The Society proudly presented Robert Abbott and his sister, Kay Lauzi to discuss "Living at the NH Orphan's Home" with pictures and anecdotes of their time in the buildings and on the grounds. The Home, once a refuge for parentless and homeless children, is an important part of the history of Elms Farm, and no one was better suited to tell that story than two who experienced it first hand.

Thursday, July 7, 2011 - 7 pm - Webster/Tay House
The Society's Collections
The Society's Curators, Leigh Webb and Annette Andreozzi, talked about the focus and content of our collections and the cataloging process. A general meeting followed their presentation.

Community Day Parade and Celebration
Once again, the Franklin Historical Society participated in Community Day activities with a table at The Franklin Public Library.
In addition to offering books, pins, magnets, and T-shirts, the Society introduced and offered for sale reprints of Echoes From the Mills by author Helen LaPlante Duchesne.
Helen was on hand to talk about how she came to write the book and was available to sign copies.

Mystery Photos and Recent Additions to Our Collections


The Society's first meeting in 2011 featured a slide show of scanned photos of Franklin’s mills, some ever popular “mystery photos”, and representations of some exciting finds added to the Society’s Collections. The business portion of the meeting was dedicated to nominations to the board and of officers for 2011-2012, updating committee assignments and responsibilities, possible changes to the by-laws, and setting dates for building maintenance and work parties. This meeting was held in the TRIP Center, 30 Canal St., Franklin